Getting a Car to or from Seattle 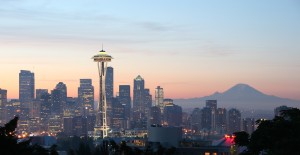 You’ll find a large number of mountain ranges and waterways in Washington State which can make any type of transportation difficult. Because of this challenging environment Washington has a large number of bridges and mountain passes. It is also home to the largest ferry system in the United States and the third largest in the world. This makes traveling around the state or to other regions and cities easier. You have to keep in mind though that other roads in Washington, especially the ones near mountains, may not be open year round. It isn’t unusual for them to be closed in the winter because of icy and unsafe conditions.

It’s true that sometimes people will have to move (unexpectedly or otherwise) and they may not be sure of the best way to bring their belongings with them. This is especially true of cars. How to easily move a car to a new place without having to drive it there? Well that’s where Direct Auto Transport comes in. By utilizing a car transportation company you can rest assured knowing that your car will be relocated safely to its new destination.

It can be difficult moving from Seattle to another location. Situated on the far Northwest corner of the United States, Seattle is a good deal away from much of the country. But with Direct Auto Transport, moving a car across the country is an easy task. It would take about a week to drive your car across the country alone, and it can be expensive as well as time consuming. For examples of some of the distances involved, Seattle sits 2,799 miles from Charlotte, 2,349 miles from Detroit, 2,935 from Norfolk, 3,052 from Boston, 1,422 from Phoenix and 2821 from Philadelphia. Direct Auto Transport can deliver a car to one of these locations within two weeks.

Moving a car can be a challenge, especially if it needs to travel thousands of miles. But with Direct Auto Transport, the journey becomes that much easier.

Additional mileage figures from Seattle to other major cities: